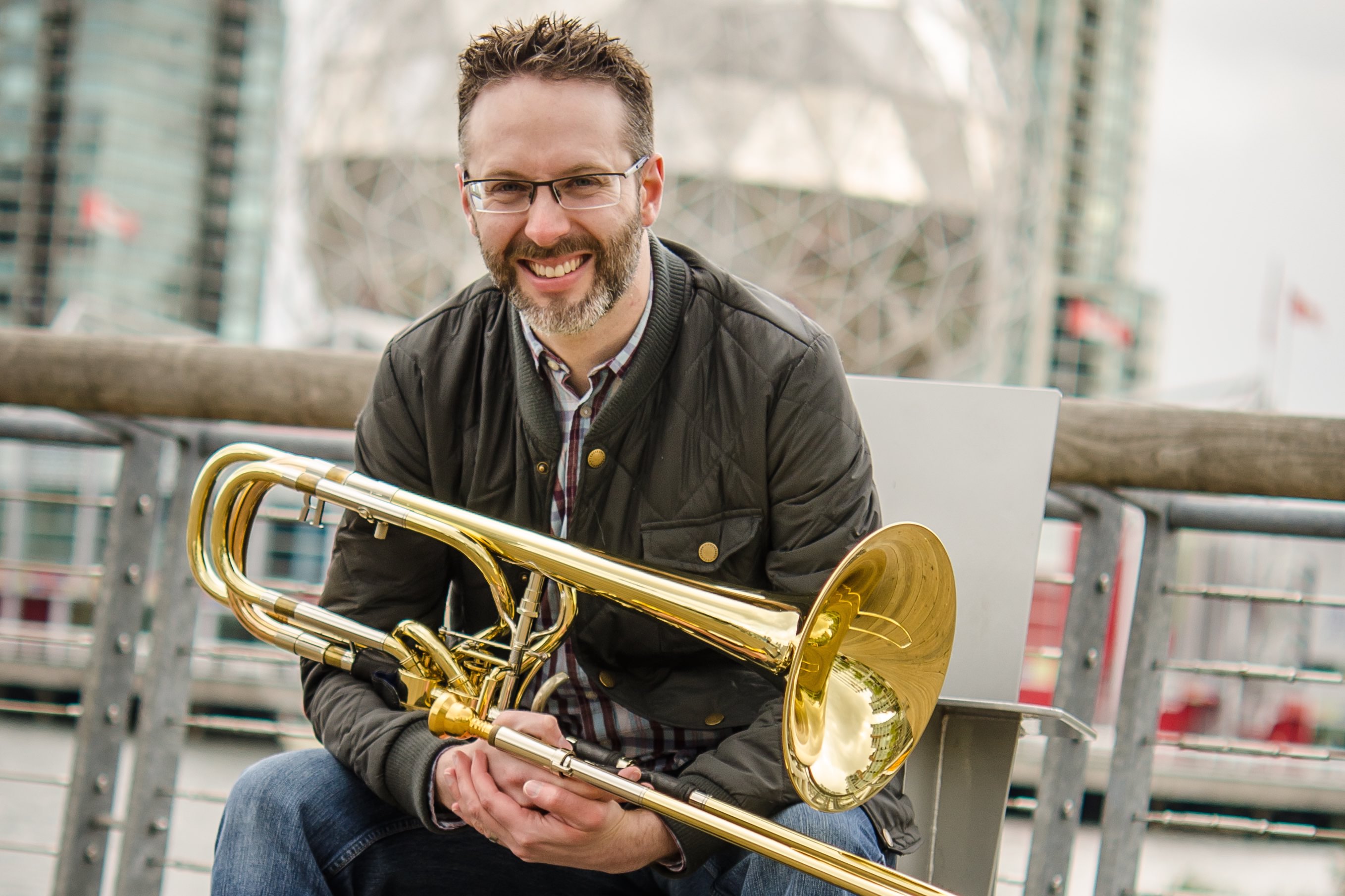 It was a total spontaneous decision that I went to Nick Sullivan’s bass trombone doctoral recital at the Roy Barnett Recital Hall. I’ve never been to a trombone recital performance before so I thought it might be interesting.

To be honest, I’ve never really noticed the sound quality of trombone before. Most of the time I heard it as a accompaniment for an orchestra or in a marching band. It’s not like trumpet of flute or violin which is very distinguishable. One can immediately tell these instruments from the others even they play together, but I think the trombone as a bass instrument, most of the time it blends in with the whole orchestra, serves as the base for the others to float above. Maybe that’s why I tend to ignore it.

As I listened to the performance, I was surprised that how trombone, as a bass instrument, could depict such a wide range of sound. I fell in love with the sound of trombone. I would compare it to a baritone’s voice, bright but not aggressive. Especially when the player slurred the note from a lower register to a higher one, I felt as if the calm and smoothness were already inscribed in the instrument itself.

In terms of the programs, my favourite piece is Capriccio by Steven Verhelst. It was played by 6 trombones. Variations took place constantly, sometimes they play in unison, sometimes in polyphony. I enjoy this performance a lot, and it has brought to me a new perspective on the instrument I was not so familiar with.